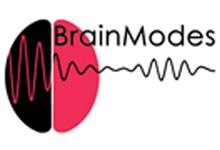 The annual BrainModes conference returns to the United Kingdom after a five year break. The conference, whose focus is the exploration of innovative methods for analysing and interpreting complex brain activity and multimodal neuroscience data sets, was last held in the United Kingdom at the University of Bristol in 2009.

Organized by Professor Mark Richardson (King's College London) and Professor John Terry (University of Exeter) the meeting will run for two days on 10-11 December 2014 and will feature a mixture of plenary and contributed talks, as well as a poster session. Professor Terry said "It's great news that BrainModes is to be held in London this year. We are looking forward to an excellent meeting with a focus on developing new methods for tackling human neurological disease."